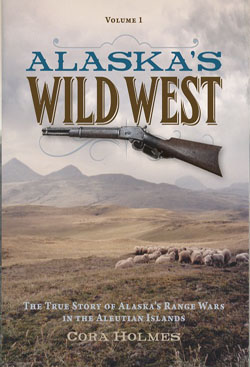 The true story of Alaska's Range Wars in the Aleutian Islands.

A man died...lost and alone...so long ago his name was forgotten, whipped away in the relentless Aleutian winds that erased the letters of his identity from the cross guarding his grave in the Unalaska cemetery.

He was remembered only in the manner of his death. Lost in a storm...frozen to death.

Who was he? Why was he out there on the tundra by himself that March day of 1925 when Alaska Territory was still in its infancy, unforgiving, immense, and lawless?

Hugh Dennehy...his story unfolded from dusty newspaper archives, personal diaries, and territorial reports, and along with it, the story of the land itself.

In October 1923, two companies each unloaded a thousand sheep in Chernofski Harbor, on Unalaska Island, and started a range war... 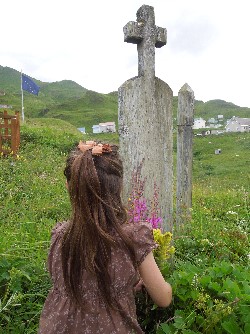 Cora Holmes fell in love with Chernofski Sheep Ranch and the Aleutian Islands the moment she stepped off the Grummon Goose onto the beach in front of the black tarpapered ranch house in 1979.

She discovered a history mystery in the nameless man who had died years before, his death used as a warning to newcomers not to stray out on the tundra.

She disregarded that advice every chance she got in the seventeen years she lived there, and in the prehistory of that vast country, found a culture new to her but already ancient when the Mayflower landed at Plymouth Rock. The Aleutian Islands and Chernofski Sheep Ranch became her life, and still is...

Cora Holmes lives in Unalaska Village. She resigned from the community library in 2012 to devote her time to writing. Alaska's Wild West, Volume One, is her sixth book. She can be reached at legendbooks@me.com or through her website www.coraholmes.com 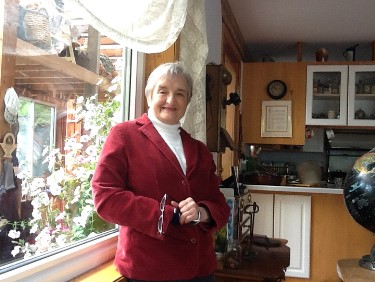 Hardcover available below through Legends Books

Dear Cora:
Thank you so much for sending a copy of "Alaska's Wild West" to the Smithsonian Institution Archives. I have it up at the reception desk and everyone who looks at it is WOWED! It is incredibly beautiful and the quality is outstanding.

You know what geeks we are when we saw the reference to the end sheets and it was perfect. I heard more than one person say, "Now that's a proper citation." Anyone using your book who is curious about that image knows exactly where to find it. BRAVA.—Smithsonian Institution Archives

"...a glorious book. I am so delighted that you've written it. I'm sure it will be enjoyed by many and consulted for years and years."—Raymond Hudson, author of Moments Rightly Placed, and Family After All.