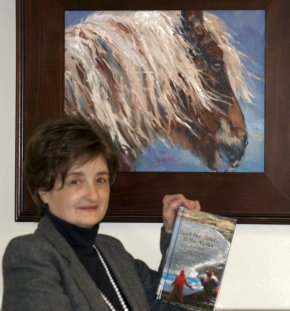 Cora Holmes lives in the Aleutian Islands off the coast of Alaska. The islands she writes about have been her home for twenty-five years. She lived on a remote sheep ranch surrounded by two hundred miles of wilderness with her husband and two sons for seventeen of those years, the longest of any woman in the ranch's eighty-seven year history. She and her husband now live in Unalaska village close to her sons and grandchildren.

She grew up in the back hills of Northern Idaho where her family moved frequently looking for work in the impoverished post WWII years. At an early age she turned to books for friends who didn't change along with the logging towns and country schools she passed through. Between the covers of books she shared the loneliness of Jane Erye and suffered the Civil War with Scarlett O'Hara. By the time she was eighteen she was a hopeless romantic and still is today.

The poverty of her childhood gave her the determination to learn a skill that would pay the bills and put food on the table no matter where she lived. Following high school she was accepted into one of the last three-year diploma programs for registered nurses. After graduation she specialized in neonatal intensive care and spent most of her nursing career caring for premature babies. This education surfaces in her books as realistic portrayals of human drama and the love that can evolve from adversity. 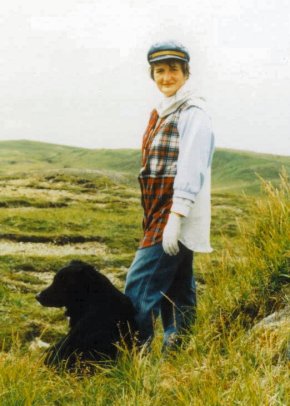 Her writing career began in 1985 with an article sale to Alaska magazine titled Living On An Aleutian Sheep Ranch. The article was reprinted in a book titled 100 Tales Of Survival And Adventure On The Last Frontier, published in hardback by Lyon's Press in 2003.

In 1989 she sent an article and photographs of their Aleutian ranch taken by her husband, Milt, to Country magazine published by Reiman Publications. Other articles followed. Over the years her ranch life stories turned into two books which sold over one hundred thousand copies, Good-Bye, Boise...Hello, Alaska, and "Dear Cora...". Two of her earliest stories, which did not appear in her books, will be reprinted in a forthcoming book from Reiman Publications this summer, called Best Of Country.

Since her arrival in Alaska, Aleutian legends have fascinated her. Alaska magazine bought her article, Another Ghost At Chernofski, for their 1997 Halloween issue. That success rekindled her passion to write Outside Man.